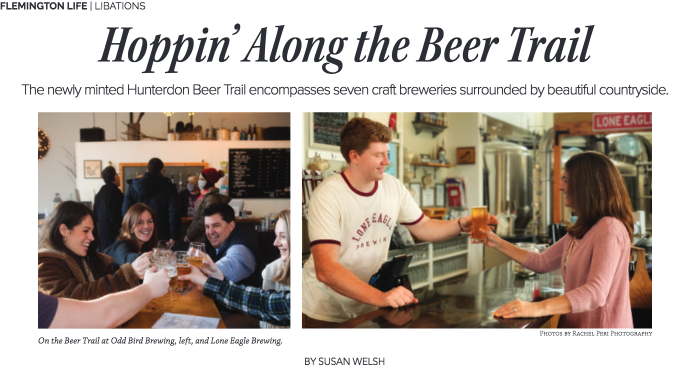 Hoppin' Along the Beer Trail

Hunterdon County may be home to over a dozen summits, ridges, and ranges, but it has only one beer trail. A roughly 70-mile stretch that's home to seven craft breweries, the trail is the brainchild of Bob King, head brewer at Lone Eagle Brewery on Stangl Road in Flemington... Read More HERE! 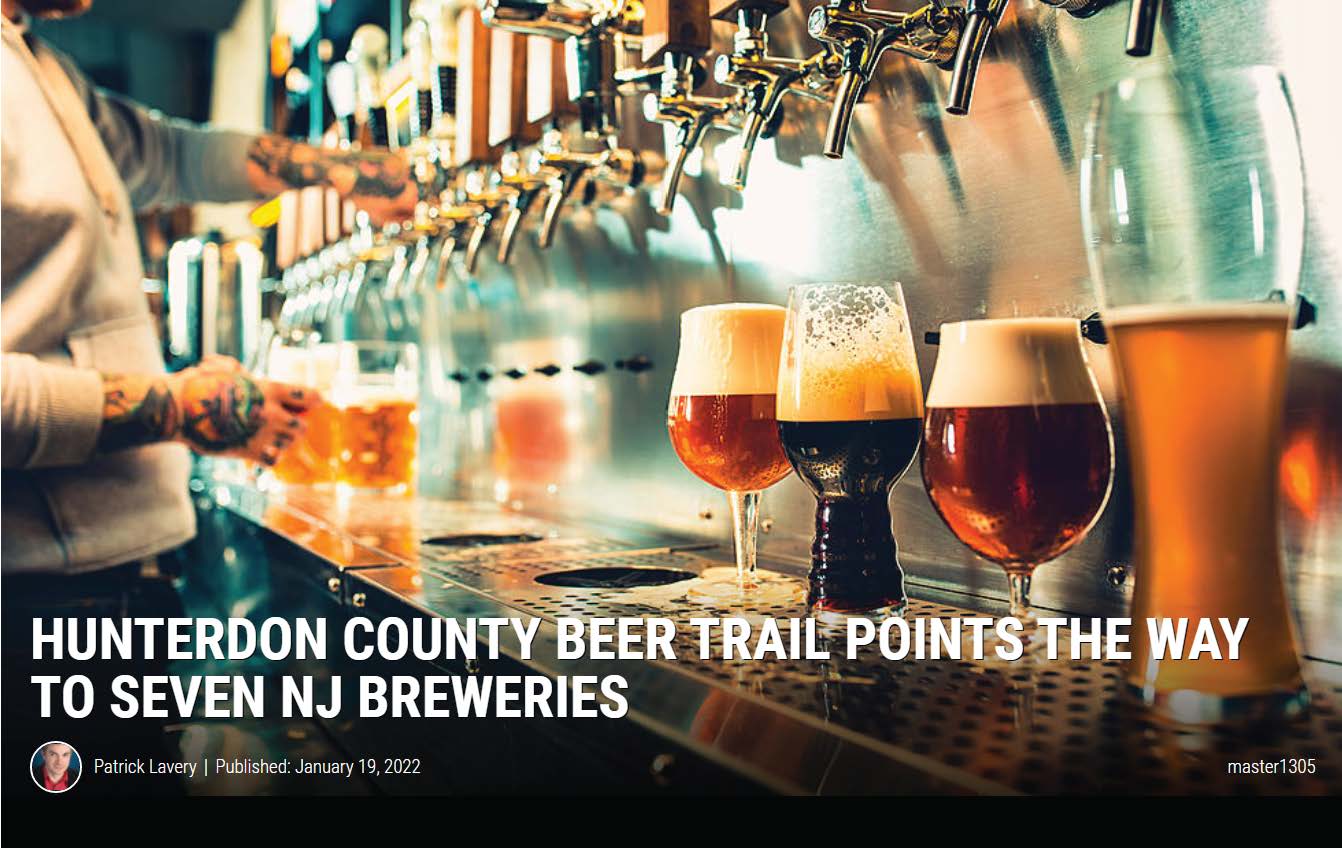 In the summer of 2020, Hunterdon County launched the "579 Trail," aligning agritourism highlights that are within shouting distance of one specific county route.

Nearby wineries and cideries were included on this list of attractions because they either include a farm market or grow their fruits on site.

But that left the county's breweries without their own, unifying promotional mechanism.

So Bob King, owner of Lone Eagle Brewing in Flemington, approached the Hunterdon County Economic Development office about a "Beer Trail," to which the county has now thrown its support.

Others on the trail all opened between 2015 and 2020: Conclave Brewing in Raritan Township, Highrail Brewing in High Bridge, Odd Bird Brewing in Stockton, and Sunken Silo Brew Works in Lebanon

When Lone Eagle Brewing opened in Flemington in 2016, Hunterdon County was thirsty. Only two other breweries could be found throughout the county’s more than two dozen towns.

But in five years, the number of breweries in the county known for its rolling hills and quaint downtowns has more than doubled. Now, seven breweries are tapping kegs in Hunterdon County, which is rapidly becoming known for its farm-to-table and farm-to-glass scene.

In a public-private effort, those seven breweries have partnered with Hunterdon County Economic Development to make sure everyone knows about the beer scene.

The craft brewing scene in New Jersey has grown substantially over the past decade, and in picturesque Hunterdon County, craft breweries now dot the map in seven towns.

Beer fans across the Garden State can finally gaze across fields of hops while tasting the beer made from them.